Free 3GP to AVI Converter is the free program which converts mobile phone video files (3GP and 3G2) to AVI or MPEG format. AVI files generated by the program can be played on most portable players.

Version 1.10 of the program is probably the last version running on Windows XP. Compatibility with Windows XP blocks access to many technologies, audio and video encoders, and FFmpeg functionalities available only for Windows Vista and newer.

3GP and 3G2 files are commonly used in the modern mobile phones, but they are not supported by Windows Media Player and other popular media players. To display 3GP/3G2 video you need to convert that file into more reliable format, such as AVI or MPG.
The converted video files can be imported into Windows Movie Maker or other video tool.

The application allows you to set many parameters used by encoder: audio and video codec, audio and video bitrate, fps, sampling frequency, resolution, volume and other.

The Free 3GP to AVI Converter interface is a very simple and user-friendly. To convert 3GP video files, just drag & drop them into main window and click the Convert button.

At default settings, the application converts files using Xvid video encoder and MP3 audio encoder, and automatically selects all the encoding parameters so as to preserve the original video and audio quality.
Most portable and fixed players should have no problems playing AVI files created with these settings.

The program is available in both 32 bit and 64 bit version. The conversion process of the 64-bit version is faster by a few to 25% (depending on the selected video encoder) compared to the 32-bit version. 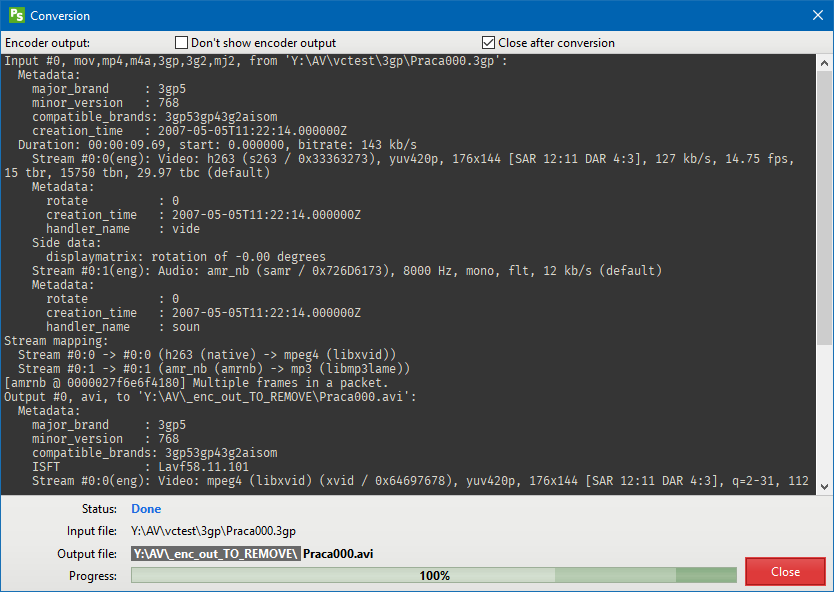 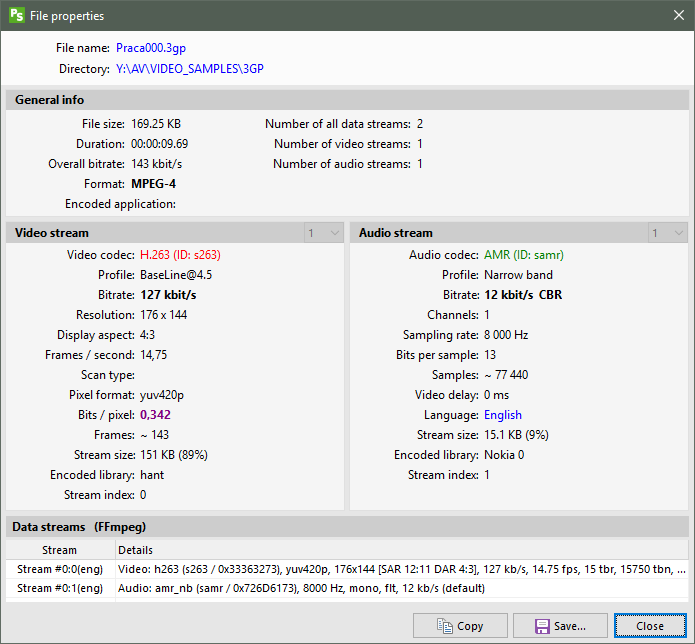 If you no longer use Free 3GP to AVI Converter application or if you want to free up space on your hard disk, you can uninstall this program from your computer. To do this, follow these steps:

To encode the video files the program uses the FFmpeg encoder (ffmpeg.org).

To retrieve information about video files, the program uses the library MediaInfo.dll (http://mediainfo.sourceforge.net/).

The program is accompanied by a special version of the FFmpeg encoder, adapted to the needs of the program. Not recommended to use other versions of FFmpeg.